Peaches Christ is a perfect drag name. It’s got everything you want: sweetness and sacrilege wrapped up neatly in a pretty little pun that rolls off the tongue. Luckily for us, it’s also everything we get in Peaches Christ the person. You can see her live on January 13th at SF Sketchfest: The Roast of Peaches Christ

She was born out of desperation, in a moment of inspiration on the set of a movie. It was a student film, and one of the roles in the project called for a drag queen. Everything was ready to go, but at the last minute, one of the actors bailed. And not just any actor, but seemingly the only one on the Penn State campus willing to do drag (on film, anyway.) So, with deadlines looming, the director, Joshua Grannell, did what any good director would do: he made up his face and his mind and he created something special: Peaches Christ.

But it wasn’t until Joshua moved out here to San Francisco that Peaches had a chance to ripen into the personality behind Midnight Mass, a muse for all types of artists in and around the Bay Area, and a fixture of San Francisco nightlife for the past two decades.

After landing here in 1996, she fell in with the wild community of Trannyshack performers. Trannyshack was, of course, a raucous post-modern vaudeville drag show held late on Tuesday nights in SoMa. The show started around midnight with the clarion call of the Muppet Show Theme urging the young, weird, and queer to press around the small stage.

With her outrageous acts and amazing outfits, Peaches Christ stood out in that breederless breeding ground, and within two years started her horror-laced, interactive pre-show spectacular, Midnight Mass at the Bridge Theater. And over the next 12 years, she grew and nurtured it into the most successful midnight movie series in the nation.

While Midnight Movies in its original incarnation may be lost to the mists of the past, Peaches brought her manic machinations of extravagance and debauchery we all know and love to the 2018 Sketchfest h in a celebration of the very 90’s Jawbreaker.

When people are looking for ruthless cliques of high-school girls, Jawbreaker is often passed over for the ground-breaking Carrie, the grimmer Heathers or more highly polished Clueless; which is unfortunate because Jawbreaker is a fun, self-aware, and well-executed entry into the genre. It’s a brightly colored, dark comedy directed by Darren Stein and starring Rose McGowan (Courtney Shane), Rebecca Gayheart (Julie Freeman), Julie Benz (Marcie Fox), and Judy Greer (Fern Mayo).

The film starts with the (seemingly accidental) murder of a popular high school girl, and the plot unfolds from how her friends and/or “friends” react to the situation. And, as you might have guessed, nobody reacts very well and horrifying hijinks ensue. The parents are almost nonentities (fun fact- If you like puns you’ll be happy to know that Liz’s father, Mr. Purr, is played by Greatest American Hero William Katt) and the boyfriends are almost literal props because it’s the girls who rule the school. Featuring wonderful turns from Carole Kane as the school principal and Pam Grier (a former Peaches Christ guest star!) as Detective Vera Cruz, Jawbreaker passes the Bechdel Test by an order of magnitude without even trying.

If you’ve seen Jawbreaker before, you know one of the best lines of the film is when Courtney is in the process of transforming the wilting Fern from a shrinking violet to the striking Vylette and advises her: “A rose? Too obvious. Never send a rose unless dyed black as a warning. And if one is sent to you…destroy it and the sender. Emotionally, of course. It’s not like we kill people on purpose.” A fun line on its own, but what makes it my favorite part of the movie is watching the actress, a Rose in real life, deliver it. Make sure you look for it when you watch the show!

Mayhem, guest stars, and a cult classic- It’s all happening at the historic Castro Theatre on January 20th with Peaches Christ. She’ll have a special Jawbreaker for you. Just don’t try to swallow it whole. 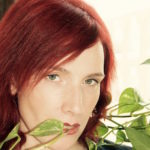 Natasha Muse is like the C3P0 of San Francisco comedy: a bunch of small bears once mistook her for a golden god but in reality, she’s a bumbling robot (as well as a mom, a transsexual, and a firm agnostic). The SF Weekly once declared her a “Comedian to Watch” in 2014, and in 2016 they upgraded her to an “Artist to Watch.” Natasha features at the SF Punchline and Cobb’s Comedy Club and has worked with such comedy luminaries as Maria Bamford, Roseanne Barr, Janeane Garofalo, Wyatt Cenac, and God. Natasha’s comedy is so good, it’s not even funny.

The Roast Of Peaches Christ: A Clique And A Promise was last modified: December 8th, 2021 by Natasha Muse