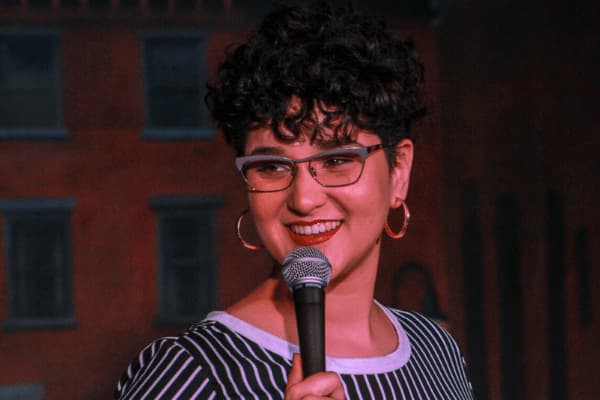 About Alyssa Al-Dookhi
Alyssa Al-Dookhi (they/them) is an Arab American comedian, writer, and game show host living in Philadelphia. They are currently the lead scriptwriter for First Person Arts and a content creator for Abortion Access Front. Alyssa co-hosts the podcast “Make Up Or Break Up” on Radiokismet. Alyssa was a contestant in the Netflix karaoke competition show ‘Sing On!’ a warm-up comic for Season 5 of Netflix’s ‘Queer Eye’, and was a featured performer at the Women in Comedy Festival presented by HBO.

Betty Smithsonian
Betty Smithsonian (she/her), Best of Philly Up and Coming Comedian 2019, is a comic, musician, improviser, and actual goof. She can be found telling jokes, and also just hanging out and joking while creating stages and spaces for lots of people all over the land. She was once quoted in the New York Times as ‘free lance clown.’ Co-founder Bechdel Test Fest, Free Fringe Philly, The Flannel Chucks, Song in Her Ear Cast Member The N Crowd, Award winning short-form improv comedy) 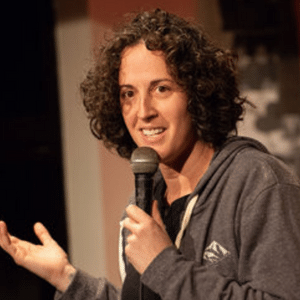 Che Guerrero
Che Guerrero may be a familiar face. He has appeared on several media outlets. In 2014 and 2015 he featured on AXS TV’s Gotham Comedy Live amidst a roster of world- renowned Comedians. In 2018 he was on 50 Central on BET as part of their Artist Spotlight Series. He also featured at the NXNE’s Comedy Film and Music Festival as well as The Laughing Skull Comedy Festival. 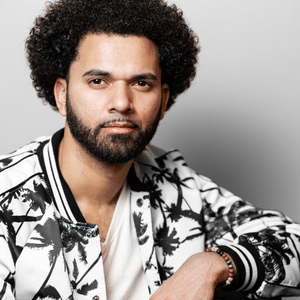