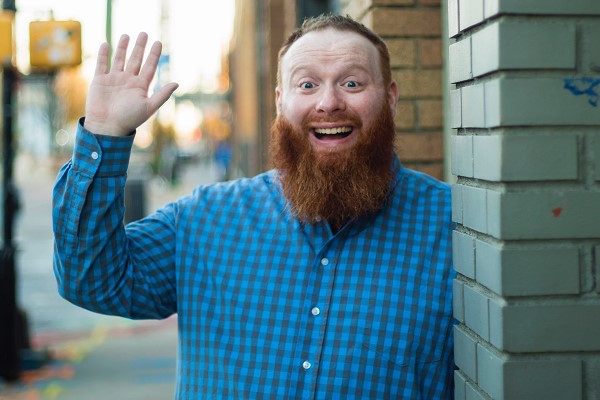 Crack open an emotional support beer, put your feet up and be entertained from home by Brent Terhune and The Redneck Y’all Just Love to Hate. One of them will be celebrating the release of Brent’s sophomore stand up album “Bluff Creek,” and the other will be mad as hell about it. Tune in directly from the safety of your couch for a night of comedy, exclusive sketches, special guest appearances and probably a lot of coughing. After the show, hang out to chat with Brent virtually and send in questions for the Q&A. What kind of truck does he drive? It’s a 2020 Big Ass Truck, LIKE HE TOLD YOU ALREADY! Where does Brent live? Indianapolis – go Coats! Is he boycotting football? Yes! Except for Sunday, Monday and Thursday night.

$25 VIP: Ticket + Album Download – Brent’s 2nd stand up comedy album recorded live in Bloomington, IN with On Tour Records. World Wide release 10/2/20. A download code and instructions will be emailed to you following the show! 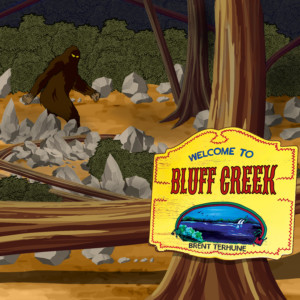 Age Restriction: PG13 comedy good for the whole family. Unless you’re a beta male soy-boy who needs your safe space!

ABOUT BRENT TERHUNE
Some know Brent Terhune as the loveable clean-comedy stand up from Indianapolis who works the road 45 weeks per year. Others only know him as “The Redneck Y’all Just Love to Hate” who’s always pissed off and raising an ’emotional support beer’ to his president (and still YOUR president) Donald J. Trump. Either way, Brent is taking Twitter by storm, one pair of Oakleys at a time from his backyard, the garage and the front seat of his 2020 Big Ass Truck.

Just named one of Variety’s 10 Comics to Watch, Brent has accumulated over 55 million video views across social media with his satirical character. His not-so-obvious delivery can be described along the lines of a blue collar Colbert Report. If you aren’t paying attention to the rapid-fire tongue-in-cheek jokes or the subtle background changes in his videos, you may miss the satire completely. Brent’s fans love to call out angry Liberals and Republicans alike in the comments: “You’ve Been Terhuned!!” In addition to hosting two of his own podcasts, you can catch Brent as a regular correspondent on Ken Jeong and Joel McHale’s Pandemic Podcast.

Brent started doing stand up comedy in high school at the age of sixteen. He studied electronic media (radio) and public relations in college and has been writing daily topical jokes and news breakdowns for the nationally-syndicated Bob & Tom Show for over ten years. Brent’s debut comedy album, Mr. Turkey, debuted at number one on the iTunes charts and is played in heavy rotation at SIRIUS XM. His sophomore album, Bluff Creek, will be released worldwide on 10/02/2020 with On Tour Records. If you like clean comedy, stay tuned for Brent’s half hour special recorded for DryBar in Salt Lake City on the last day before the pandemic.