Hey we know all the bars are closed on Cinco De Mayo or whatever ey.. But don’t trip. Grab some drinks and kick it with “Creeper” from CholoFit. Special guests will be in the house including Juanita Carmelita, Pachanga, Afradooshie, Frankie Quiñones, and more. Let’s represent and have a good time homies!

$5 GENERAL ADMISSION: Livestream hang with Creeper and friends
$20 VIP TICKET: Livestream PLUS a personalized shoutout video to your homie! (Limited Availability) SOLD OUT

What’s a Shout Out Video?
Creeper will record a personalized video for you or a friend. You specify who it’s for and a few special details you’d like to include in the message. The video will be created and sent as a private link that you can share with your special someone or the world!

Frankie Quiñones is a stand-up comedian best known for his character work. He tours as himself but also as Creeper (a reformed cholo turned fitness guru) and Juanita Carmelita (a spicy suburban drama queen). Frankie’s characters have racked up millions of views, and Creeper’s CHOLOFIT exercise routines have become viral sensations. Frankie’s repertoire of characters also includes party bro Afradooshie, feel-good guardian angel Pachanga, and he’s got plenty more ready to debut. In addition to his stand-up and online sketches, Frankie voices a key character in Cartoon Network’s upcoming VICTOR AND VALENTINO. Additionally, he has made appearances on Comedy Central, HBO, TBS, and Nickelodeon. 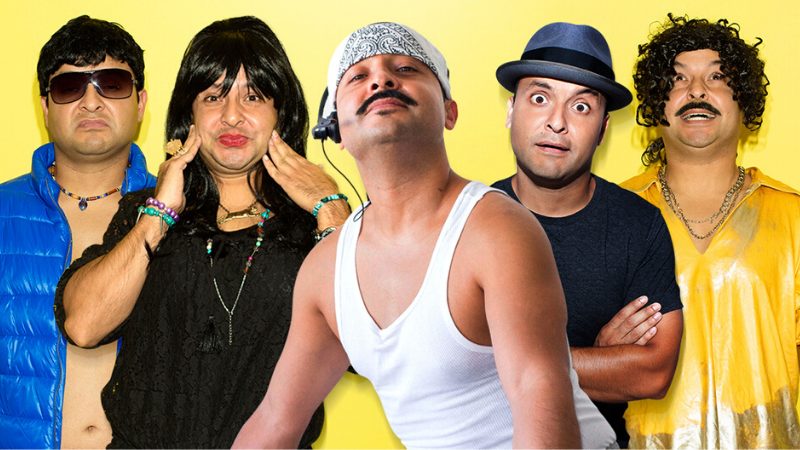 May the Fourth SuperNerdtacular Comedy Experience