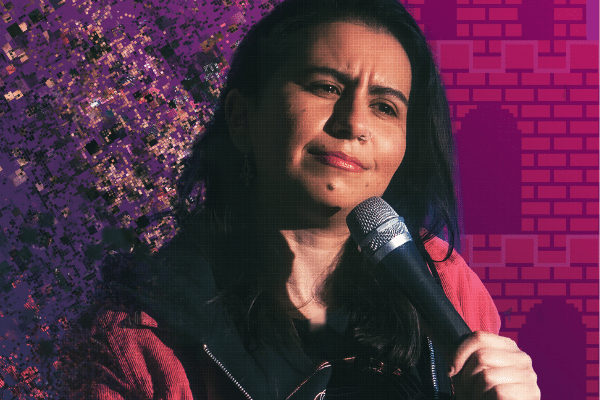 With Dalia Malek, enlightenment can be silly and the gallows can be fun. She playfully loathes humanity, and that includes herself. Pay attention to her, but don’t make eye contact. Watch her workshop jokes from her solo hour for the Edinburgh Fringe Festival 2022, knowing full well what a spectacular failure that was in 2020. Good thing she’s intimately acquainted with spectacular failure. She invites you to join her journey through chronic personal failures, career blunders, health woes, carefree childlessness, avoidance of strangers, and finding love as she realizes that, just like the Mario Bros.’ quest to save the Princess, her hopes and dreams are in another castle.

About Dalia Malek
Dalia is an Egyptian-American stand-up comedian based in California. She started comedy in London and performs internationally in festivals, clubs, and theaters all over the US, UK, Ireland, Canada, and Egypt.​ She currently hosts and produces her stand-up shows, Ground Dloor and Interruption Show and co-produces Comedy in English.

K. Britney Davis
K Britney Davis is a comedian from the Bay Area. When she’s not up randomly at 3 am thinking of everyone who’s wronged her, she’s finding ways to make it funny! 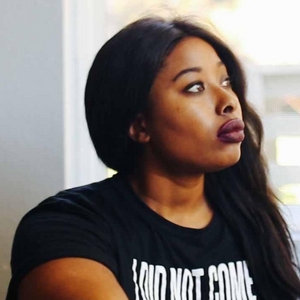