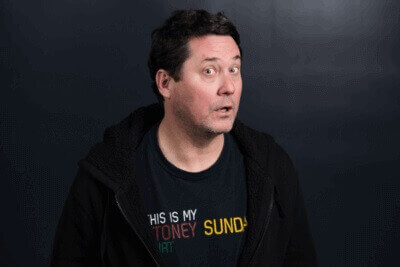 Doug Benson hosts a comedy show featuring stand-up sets by some of his hilarious friends. Plus, they’ll play a game from his popular podcast Doug Loves Movies, and follow that up with another epic smoke sesh, during which fans can chat with Doug.

ABOUT DOUG
Doug Benson is known for his popular podcasts (“Doug Loves Movies” and “Getting Doug With High”), his films (“Super High Me,” “The Greatest Movie Ever Rolled,” “Chronic-Con: Episode 420”), appearances on TV shows like “@midnight,” “The Trailer Park Boys” and “You’re The Worst,” and for presiding over “The High Court” as ‘Judge Doug’ on Comedy Central.

21+ Event: Parental guidance is advised for ages 13 to 20. Not recommended for ages 12 and under.