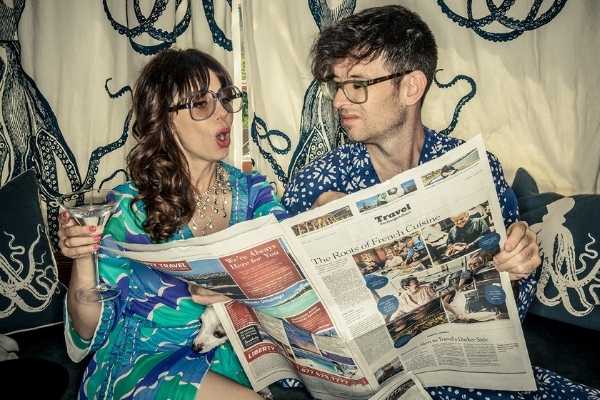 Natasha Leggero and Moshe Kasher, married comedians, are using their hilariously hard-won wisdom on relationships and building on their hit Netflix special to help others by offering love advice to audience members while simultaneously examining the ups and downs of their own relationship!

VIP Meet & Greet: $100
See the show and then hang out with Natasha Leggero and Moshe Kasher and 9 other fans for 10 minutes in a private video call. Ask all your burning questions and get a group selfie.

About Natasha Leggero
In 2015, Natasha Leggero starred in her first hour-long special, Live at Bimbo’s for Comedy Central. Additionally, her voice can be heard on multiple animated series such as Comedy Central’s Ugly Americans and Brickleberry, The Life and Times of Tim on HBO, and Aqua Teen Hunger Force for the Cartoon Network’s Adult Swim. She is also known for her tenure as a regular roundtable panelist on Chelsea Handler’s late-night talk show, Chelsea Lately.

About Moshe Kasher
Moshe Kasher has written for several films, series, and specials including Betty for HBO, Little America for Apple, Wet Hot American Summer for Netflix, the Comedy Central Roasts for Comedy Central, and ZOOLANDER 2. Last year, Moshe and his wife Natasha Leggero released a three-part comedy special for Netflix, The Honeymoon Stand-Up Special – based off of their wildly successful podcast entitled The Endless Honeymoon. He also co-hosted the popular podcast The Champs.