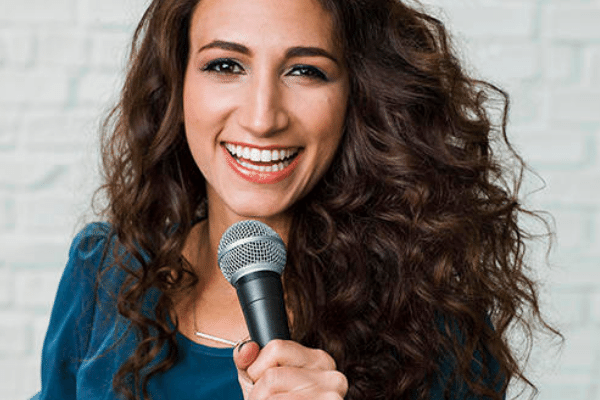 About Ester Steinberg
Ester Steinberg is one of LA’s hottest comedians. She started performing stand-up on the lunch tables of her high school in Tampa and set out for New York to attend NYU’s Tisch School of the Arts and pursue her career as a stand-up comedian. She starred in Oxygen’s hit show Funny Girls. She was one Montreal’s Just For Laughs Festival’s New Faces in 2015. She’s the host of the Stand Up Mom podcast and was a cast member of Hulu’s Up Early Tonight– a late night show for mom’s. She has been featured on Amazon’s the Marvelous Mrs. Maisel, Adam Ruins Everything, and Gotham Comedy Live. Her two-person-one-woman-show was called one of the top comics to watch at the New York Comedy festival. She received rave reviews from the New York Times for her comedy special Burning Bush- filmed at the Rose Bowl.