About Facial Recognition Comedy
Facial Recognition Comedy is a stand-up show created to combat tokenism by highlighting diversity within the underrepresented demographic of female-identifying “Brown” comics of MENASA (Middle Eastern, North African, & South Asian) descent. Basically, this show proves that there can be more than one of us because we are NOT the same person. We were named by the New York Times as one of the top 5 shows to see at NY Comedy Festival, and have performed sold-out shows across the country.

About Fizaa Dosani
Fizaa Dosani is a stand-up comedian, actor, and writer who was born and raised in Florida before escaping to Los Angeles. She has toured widely and performs on well-known stages around the world. She has also had roles in acclaimed movies and TV shows such as Dear White People (Netflix), How To Get Away With Murder (ABC), and Snowfall (FX).

About Zahra Ali
Zahra Ali is an internationally touring stand-up comedian, writer, and actress. You may have seen her on NBC and Amazon. She was featured as an up-and-coming comedian in The New York Times and The Daily Beast. Often flexing as an insult comedian, Zahra performs and is ranked at the very popular Roast Battle at The World Famous Comedy Store in Hollywood. Come watch her live and maybe you’ll get roasted too!

About Pallavi Gunalan
Pallavi Gunalan is a biomedical engineer, stand-up comedian, improviser, and actor. She’s performed all over the US and India and was most recently on Laugh Factory’s Fresh Faces. Pallavi co-produces the Facial Recognition Comedy stand-up show and podcast, and has been featured in Splitsider, The New York Times, Buzzfeed, and the Portland Mercury. Using her science and engineering expertise, Pallavi created and stars in her own comedy/science web series, Dirty Science.

About Kiran Deol
Kiran is an actor who starred on the NBC/Hulu comedy Sunnyside from Mike Schur and Kal Penn, in addition to other shows like How to Get Away with Murder and Modern Family. She’s a co-host on Crooked Media’s Hysteria podcast and was a touring stand-up comedian before the pandemic. As a writer/director, Kiran has made films for HBO and Sundance, been nominated for an Emmy, and shortlisted for an Academy Award. She loves naps and ice cream. 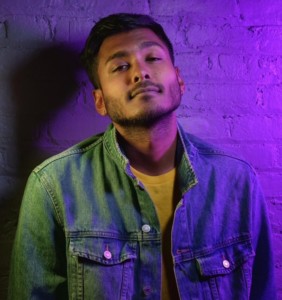 About Usama Siddiquee
Usama Siddiquee is a stand-up comedian and actor based in New York, as well as a quarter finalist from Season 15 of America’s Got Talent. He’s also appeared on BET, Showtime’s Desus & Mero, and at the Just For Laughs festival. Usama hosts a podcast called Mango Bae and performs comedy all over the world! 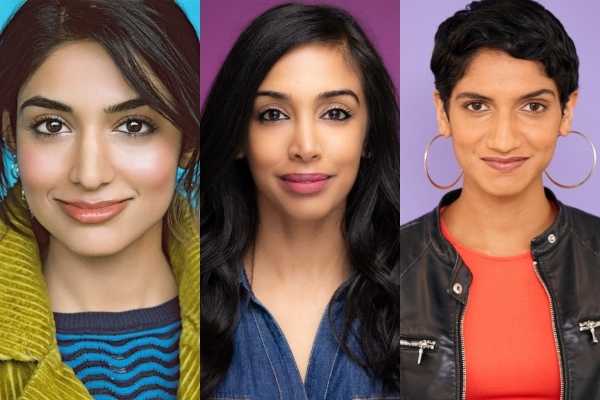