VIP Meet & Greet: $40
See the show and then hang out with Felipe and his co-hosts and with 9 other fans for 10 minutes in a private video call. Ask all your burning questions and get a group selfie.

About Felipe Esparza
Felipe Esparza is a comedian and actor, known for his stand-up specials, They’re Not Gonna Laugh at You, Translate This, and his latest dual-release on Netflix, Bad Decisions/Malas Decisiones (2 different performances in two languages), his recurring appearances on Netflix’s Gentefied, NBC’s Superstore and Adultswim’s The Eric Andre Show, as well as winning Last Comic Standing (2010), AND his popular podcast called What’s Up Fool?. 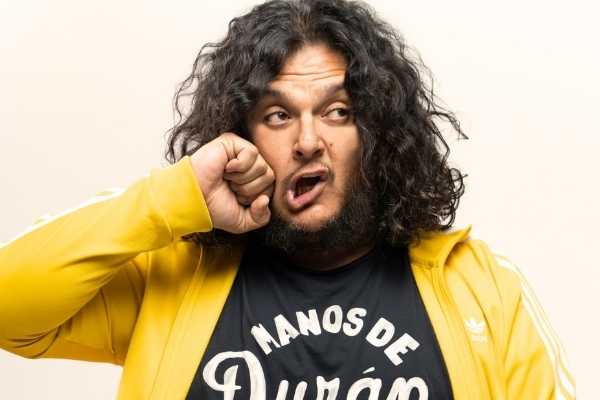