Get up close and personal with comedian/ventriloquist Jeff Dunham and his band of unruly cohorts in this anything-can-happen virtual hang where you’ll meet the guys, ask questions, and take a peek into Jeff’s shop and his very unusual world to see how it all gets done!

About Jeff Dunham
For more than thirteen years, Jeff Dunham and his delightfully irreverent cohorts, Peanut, Walter, José Jalapeño, Bubba J, and Achmed the Dead Terrorist, have filled arenas across the U.S. and the world with their multiple blockbuster tours. Dunham has built an entertainment empire over years of non-stop touring and performance innovation. His accomplishments have led to record-breaking viewership with his standup specials on NBC, Netflix, and Comedy Central. 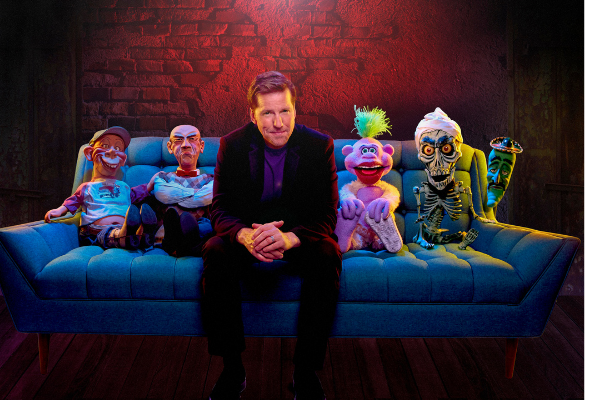