About Jessica Kirson
Jessica Kirson has been featured on, The Tonight Show with Jimmy Kimmel, HBO, and The View. She has a one-hour special on Comedy Central called, Talking To Myself, produced by Bill Burr, and was voted, “Best Female Comic” by the MAC association in New York City. Her countless comedic character videos have racked up over 30 million views on social media.

About Rachel Feinstein
Rachel Feinstein is a nationally touring comedian and actress. Huffington Post called her “the only comedian we’ve seen who can go from embodying her grandmother in one breath and a predatory guy on the street in the next and be equally convincing at both. She has had three Comedy Central specials, including the most recent one-hour special Amy Schumer Presents Rachel Feinstein: Only Whores Wear Purple. 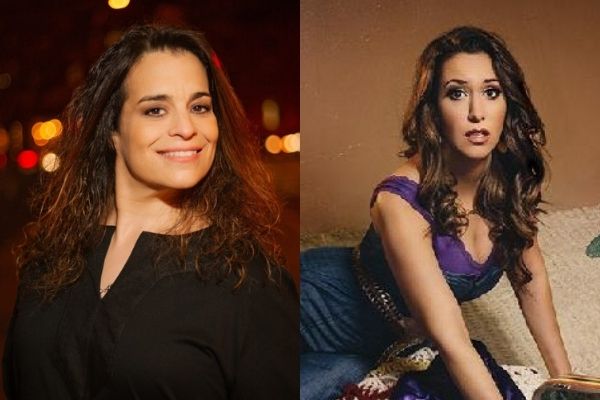