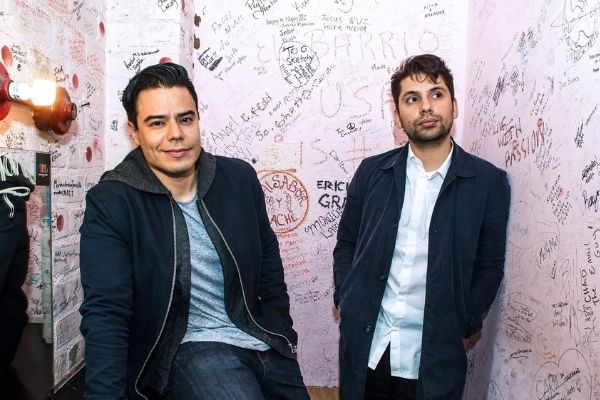 The Translate Show, an interactive live comedy show where hosts Fabrizio Copano and Francisco Ramos put three English speaking comedians to the test as they compete to understand, decipher, and most of all translate Latin American Culture.

From breaking down Brazilian street slang, to identifying Chilean dictators, to making sense of bizarre Colombian telenovela scenes, we’re about to find out who the Latinxpert really is, and get mucho laughs in the process with special guests Ian Bagg, Mary Lynn Rajskub, and Justin Martindale!

About Fabrizio Copano
Fabrizio Copano is a Chilean writer, comedian and performer. Born in Santiago, Chile, Copano has amassed a wealth of experience in comedy. He is best known for his production “Solo Pienso en Mi”, which made him the first South American comedian to shoot an original comedy special for the online streaming giant Netflix.

About Francisco Ramos
Francisco Ramos, comedian and actor, can be seen currently on Netflix’s hit show “Gentefied”. He directed, co-wrote and starred in his debut comedy short “Zoo Animals”, which was acquired by HBO MAX. He also shot a standup special “Entre Nos” for HBO. He has appeared in Showtime’s “Shameless,” “Angie Tribeca” from Steve Carell, Netflix’s “Lady Dynamite”, and voices the role of Marmoset in the animated film “RIO”, and part of Cartoon Network’s “Victor and Valentino”.