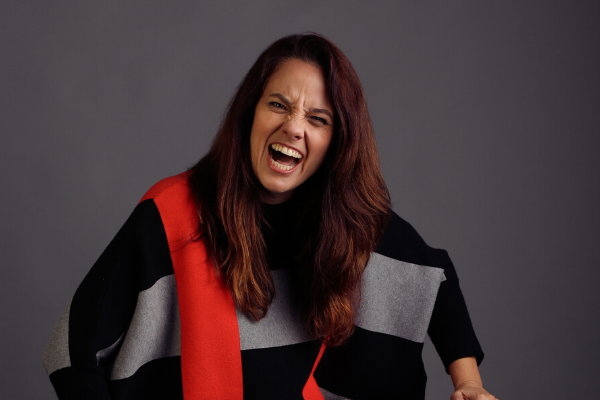 What. THE HELL. Is Happening?!

It’s a healing event that’ll make ya cry ’til ya laugh! It’s Stand Up Comedy AND Motivational Speaking. It’s Hilarious Wisdom Teachings, delivered in true, irreverent too-loud-for-its-own-good Katie Rubin style. Katie’s gonna sass you up, and break you down.

Katie’s laser-sharp wit burns holes through all things bullsh*t. In this Stand Up Comedy Show/Motivational Talk, Katie promises to tackle every spiritual lie, every emotional lie, and every lie of the mind. She’s gonna shock and shake you into fits of blissful laughter on topics such as: the FUCKING CORONA VIRUS and why it’s happening, the toxic masculine, the “president,” general human idiocy, annoying spiritual people, overly feminized guys, overly macho guys, human denial, how we’re murdering the planet (NBD), our addiction to pain avoidance, high tech dildos, being the child of an alcoholic, being a loud spiritual lady, judgment, and most importantly, this whole “being a person” thing. This is a comedy show, unlike other comedy shows. Cuz it’s also a motivational talk. So, get ready to get called out on your shit, hilarity-style. Get ready, bitches.

What. THE HELL. Is Happening?!