Along with showbiz guests Jo Firestone (The Tonight Show) & Usama Siddiquee (America’s Got Talent), you, yeah YOU, can be part of the live show and WIN REAL MONEY!

About Martin Urbano
Martin Urbano is a hip Latino comedian/writer/satirist. He has performed on Jimmy Kimmel Live, Comedy Central, The CW, and Viceland. Martin was a 2017 New Face at Just For Laughs and was one of Vulture’s Comics to Watch in 2019. He’s performed at Bonnaroo, Boston Calling, New York Comedy Fest, and more. 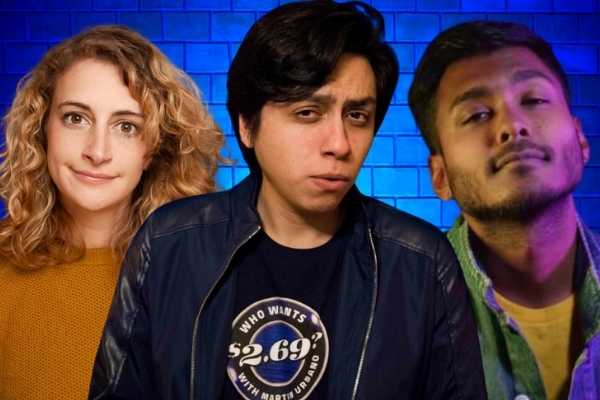