Queen on Queen: A Candid Interview With Peaches Christ

Oh hey, drag mega-star Heklina here. The Powers that be at Sketchfest and RushTix asked to interview my ghoul-friend Peaches Christ in anticipation of her “Jawbreaker”: The Peaches Christ Experience event coming up on January 20. Apparently, they think I’m familiar with her or something. Actually, familiar is a huge understatement, truth be told I may as well be married to the bitch.

In the next few months alone, we’ll be co-hosting a drag pageant together, sailing to the Caribbean on our “Queens Overboard” cruise, and treading the boards at the Castro Theatre for her camp-fest “Drag Becomes Her”, a parody of you-know-what movie. My heart wells at all the memories I have from working with PC on literally countless projects over the past two decades and I’m so proud of her for her perseverance and drive, as she continues to produce amazing events, year after year after year.

Yes, Peaches has become a pillar of the community, an icon for young queers to look up to, a mentor for baby drag queens to emulate. A legend. I know I shouldn’t go on like this, but I mean it. I really think she’s old. 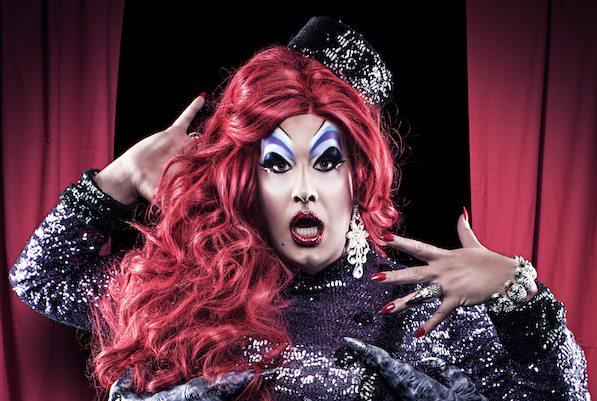 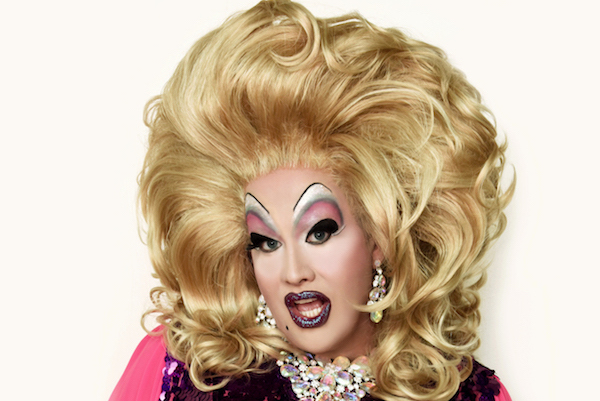 Peaches and I are sisters, and as sisters do, we naturally have a, um, friendly rivalry. I always know she’s up to something great when I’m jealous of her, and I’ve always been insanely jealous of her annual Sketchfest gig. She knows this and just to spite me she has cagily kept me away from all of the events over the years, afraid that I might upstage her. But hey, I’m not bitter, which is why I agreed to do this, so…

Hi Peaches! What is it about “Jawbreaker” that’s endured, made it a cult classic?
I think it’s because it is so unapologetically mean and in-your-face in a way that most movies didn’t dare to be. The whole film is extreme: the dialogue, the colors, the fashion, and the behavior are much like Showgirls- that extremeness really spoke to people. It’s no coincidence that so many drag queens love these movies. It’s because they’re so over-the-top. Plus, it’s perhaps the bitchiest movie ever written.

I see your fancy Hollywood girlfriend Darren Stein (also known as the movie’s director) will be there. Tell us some gossip about this queen?
Hmmm, gossip about Darren. I’d say anyone interested in knowing about Darren should check out the documentary “Put The Camera On Me”. It’s sooooo good and very revealing. Other gossip is that Darren’s driving terrifies me. I don’t want to say why but he’s often distracted by notifications on his phone from “social” apps. And something else folks may not know is that Darren is OBSESSED with astrology. Some queens read beads, but Darren can read your stars, girl.

There’s “Heathers”, there’s “Jawbreaker”, there’s “Mean Girls”. What are some of your other fave teen films? And which are the worst teen movies ever?
I love all three of those movies, but Heathers was probably the movie that spoke to me the most because I was the perfect age for it. We also had all those great John Hughes/Molly Ringwald movies. My favorite was “Pretty In Pink”. And you know I love teen genre movies like the slasher films of the 80’s, “Scream”, and even “Teen Witch”. As far as the worst teen movies, my partner really likes the Twilight series and I’d say… um, no. Not good. And have you seen the one Britney Spears was in, “Crossroads”? Terrible.

Those Jawbreaker girls though….Rose McGowan seems slightly unhinged, Rebecca Gayheart was arrested for vehicular manslaughter. Julie Benz seems completely normal, no vicious gossip to dredge up onstage. Does this frustrate you?
Well, I wouldn’t say that because I’ll have both Julie and Darren there and I can, of course, ask them about the other cast-members and folks they worked with. There are SO MANY interesting people in the movie because it also includes Marilyn Manson, Pam Grier, Carol Kane – I’m sure we’ll get some great stories!

Back to Rose McGowan. Crazy, or not?
I don’t know her personally, but my guess is that maybe she’s “crazy”; in the same way you or any of our friends are where she’s not afraid to move against the grain, speak her mind, and do the unexpected. She’s definitely an iconic vixen because of her performances in The Doom Generation, Jawbreaker, and Planet Terror. She reminds me of a modern day Tura Satana because she’s sexy, scary, and violent and men should fear her. It’s why she has such a cult following.

You’ve worked with Sketchfest for years now, and have had some pretty bizarre experiences. I remember when Cloris Leachman pulled off your wig on-stage. Any other crazy stories? That “Cabin Boy” night was a bit odd, no?
I’m proud to say I’m the only drag queen in the world who’s hosted a “Cabin Boy” movie tribute! While it was strange for sure, I know the folks that love “Cabin Boy” really enjoyed it. And the show we did with Cloris Leachman was spectacular for me. I was proud she took my wig off onstage. Some people were horrified, but she was actually very polite about it. Another great memory was when we did our Rocky Horror tribute and Barry Bostwick surprised me by coming out onstage in full floor-show drag. I was shocked and it was amazing.

Who would your ultimate dream-guest be to interview onstage, besides Elizabeth Berkley?
Faye Dunaway or Paul Reubens.

What are some other exciting upcoming projects you are involved in that also includes me?
Haha, well we have so much coming up together! Our big annual Star Search competition at Mother and of course our Queens Overboard Caribbean cruise, plus the big Roast we’re doing for you, but I think I’m most excited for people to check you out in a rare out-of- drag performance as Earnest in our “Drag Becomes Her” show also starring Jinkx Monsoon and BenDeLaCreme at the Castro Theatre on March 10th.

Um, OK you can name some other ones too.
I really don’t have anything else! You’ve weaseled your way into every single thing I’ve got coming up!